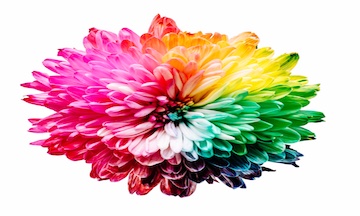 Getting Closer to Zeroing in on Triggers of Autism Spectrum Disorder

Is autism spectrum disorder (ASD) associated with a genetic disorder? Or non-genetic factors: environmental triggers such as air pollutants, viral infections or complications during pregnancy? Or multi-factorial: multiple genetic and environmental factors contributing to the cause of autism spectrum disorder? Is a child born with autism? Or does it occur after birth?

According to Stephen Sanders, a UCSF geneticist and autism researcher, “If you look at a child with autism, then look at their siblings, you’ll find the rate of autism is 10 times higher in those siblings than in the general population. This study has been looked at in populations of millions.” He and other leading autism researchers discuss different factors in a recent interview with Vox. David Amaral, an autism specialist at the UC Davis MIND Institute adds, “The bottom line is that when you add up all of the genetic risks, it looks like genetics can account for 50 percent of the risk for autism, which is very high”.

This finding leads parents to ask what other factors are responsible for autism spectrum disorder? And if genes play a vital role, then how do these genes affect the brain that leads to autism symptoms? Is this the next direction for autism research? Sanders and other well-known researchers are exploring the link between brain irregularities in children with autism and the triggers during prenatal development, including medicines that increase neurodevelopmental disorders, including autism.

According to ASD researchers at Mayo Clinic, both genetic and non-genetic factors play a role because severity and symptoms vary in affected individuals. Certainly, the number of reported cases of autism has been on the rise; however, Jon Baio, a Centers for Disease Control and Prevention (CDC) epidemiologist and principal investigator for an autism monitoring program believes that much of the increase is a result of growing awareness of autism and sharper screening tools.

Interestingly, another explanation cited for this increase comes from Santhosh Girirajan, a geneticist at Pennsylvania State University (Penn State), University Park. He and his colleagues examined data collected in each state for approximately 6.2 million U.S. school children enrolled in special education programs. They cite that although the number of reported autism category cases tripled between 2000 and 2010; yet nearly two-thirds of that increase was matched by a decline in the rate at which kids were labeled as having “intellectual disability.” “The data indicate that the autism rise is partly the result of students being moved from one category to another, Girirajan says. And since autism spectrum disorder encompasses a mixture of symptoms, it can also jointly be seen in individuals with intellectual disabilities, epilepsy, and attention-deficit hyperactivity disorder. And this potpourri of symptoms makes it difficult to accurately understand how common autism is since it often results in shifting diagnoses. (see diagram 1).

For a complete overview of autism spectrum disorder, its symptoms, causes, risk factors, alternative medicines, coping approaches, support, and prevention, check out the latest at Mayo Clinic as well as at Start Center for ASD at UCSF.

If you’re a parent or a caregiver to a child with special needs, sign up to be part of our free parent group on Facebook to know what special needs strategies are working for other parents.

Join Us. And one amazing group of parents on one transformational journey.